Cambodian cuisine would not be what it is without its lavish addition of herbs to flavour, decorate and give balance to its elaborate array of dishes. Here’s our (non-exhaustive) guide to some of our favourites:

Sawtooth (chi barang) — Originally a native of Mexico, this herb is also known as long coriander, which may be a result of confusion over its original name, culantro. That said, the scent of cilantro and culantro are similar, even if the leaves are different and sawtooth is even more pungent. The taste is earthier though, with a slightly bitter finish. This herb is most often seen in the rich array of green herbs that may used as a garnish for soups and stews.

Rice Paddy (m’am) — A fragrant, delicate herb with an attractive floral, citrus taste and a hint of cumin, rice paddy is an indispensable ingredient for many soups into which it may be chopped just before serving or presented as part of the bouquet of herbs on the table for addition by the happy slurper.

Noni Leaves (slok ngo) — A vital ingredient in Cambodia’s famed Amok, the leaves of the noni fruit tree impart a bitter, astringent element to offset the sweetness of the coconut milk in this dish. The fruit itself — a part of the coffee family sometimes called Indian mulberry — is not ragingly popular, thanks to its pungent odour, but noni is highly reputed for its health benefits.

Chinese Chives (ka’chhai) — The central ingredient in one of Cambodia’s most delicious street food snacks — num ka’chhai, or chive cake — Chinese chives, which are stronger and more garlicky than the Western equivalent — are popular additions to soups and noodle dishes. The delicate flowers are also eaten, and make attractive garnishes.

Lemon Basil — With a lovely lemon-camphor aroma and peppery-lemon flavour, this is a valuable addition to noodle or fish curry dishes. Especially used in Samlor Machu, where citrus flavours dominate.

Peppermint (chi ankam derm) — Fierier than its spearmint cousin, peppermint has strong menthol notes and a fresh, cool aftertaste. This makes it a refreshing and popular addition to dishes such as Cambodia’s national dish (according to some) Num Banh Chok, but also as part of the set up for Pleah Sach Ko, the Khmer version of beef carpaccio. 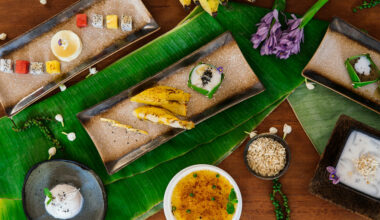 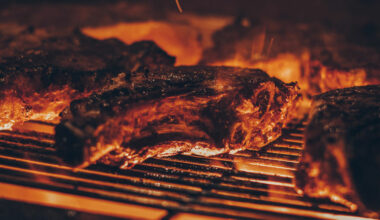 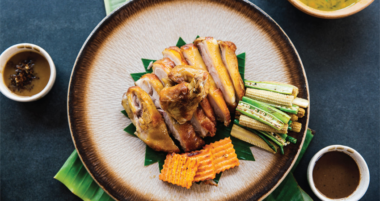 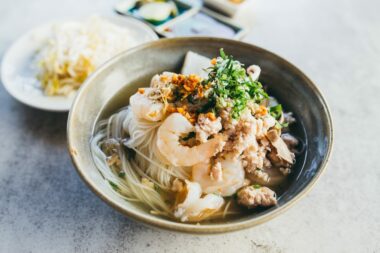 How we eat breakfast differs all over the world, but we have seen nothing as abundantly delicious and…
0 Shares
0
0 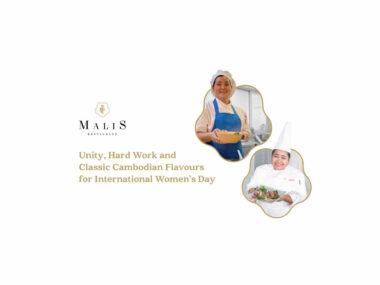 A natural love of cooking unites our ambassador chefs from Malis in Phnom Penh and Siem Reap. That…
0 Shares
0
0 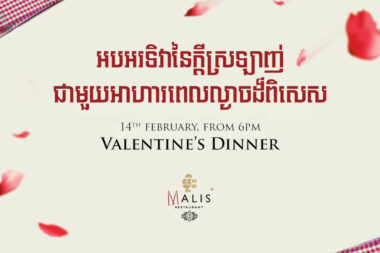